We are awed by Kim Rody's undersea whimsical art, but her Sea Turtles depicted on her dinnerware is simply magical.  The details and colors that she captures on each piece is really special.

Enjoy Kim's guest blog post with a little bit of her love of the Sea Turtle!

The Beloved Sea Turtle
From leatherbacks to loggerheads, six of the seven species of sea turtles are threatened or endangered at the hand of humans according to seeturtles.org. Survival is harder as they face  many more dangers than ever in their wide area ocean migrations and daily life on the reef — including accidental capture and entanglement in fishing gear, the loss of nesting and feeding sites to coastal development, poaching, and ocean pollution, particularly plastic.

These creatures are well-adapted to the ocean,  though they require air to survive. Their size varies greatly, depending upon the species, from the small Kemp’s Ridley, which weighs between 80–100 pounds, to the enormous Leatherback, which can weigh more than 1,000 pounds.  After living six months in the Bahamas, I was thrilled when they placed a ban on hunting sea turtles, both for tourists and for local Bahamians. 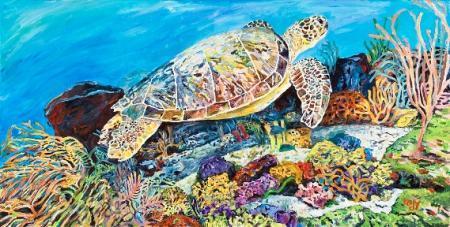 (Kim's Canvas Art)
While diving and capturing photo images for my paintings, I run across a turtle or two practically every time I’m in the water.  A community of young turtles thrive in our little harbor where we live in what they call Fry’s Mangrove on Elbow Cay in the Abacos.  Occasionally, they overcome their fear and approach me underwater, curious and enthralling. 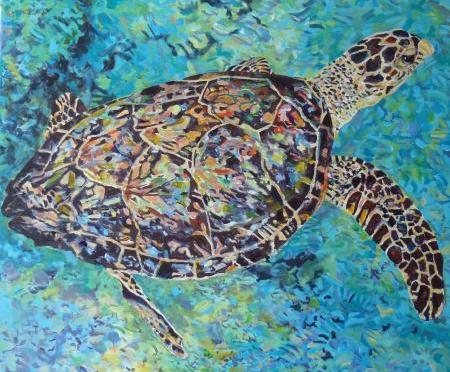 Kim's Canvas Art - Contact us for details!
I strive to share the beautiful, but ever-deteriorating ocean reef along with its gorgeous inhabitants to both those who never have been below the surface of the sea, as well as those addicted to diving vacations.  Even during my lifetime, having grown up in Miami, I have seen entire reefs destroyed by pollution, reckless boating and over-fishing, along with the hundreds of thousands of sea creatures who used to thrive there. 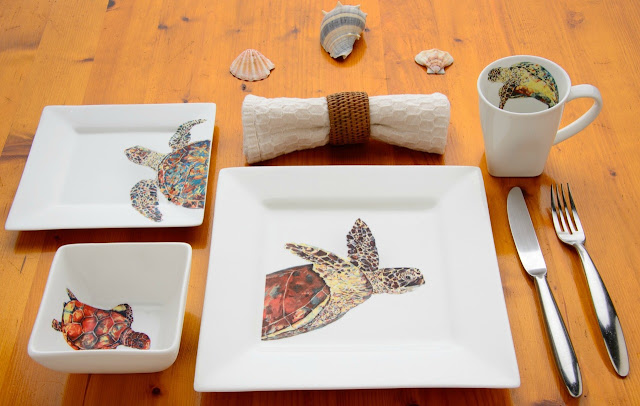 Sea Turtle Place Setting
What can I do to educate and inspire people to protect those reefs we have left?  I chose to recreate that sea life on canvas and then to extend that art onto restaurant quality dinnerware infused with the mysterious and incredible sea turtle. 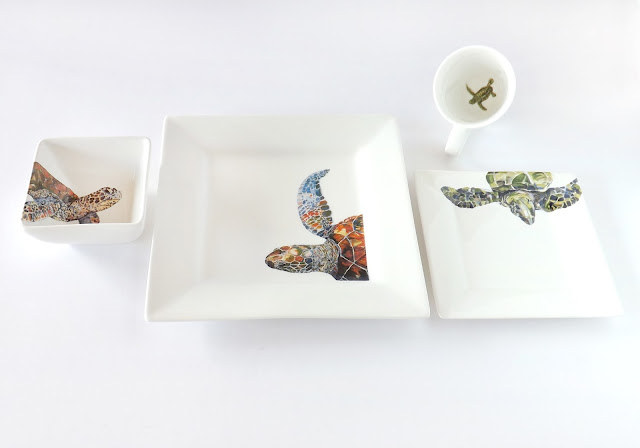 Out of the Blue Sea Turtle Collection 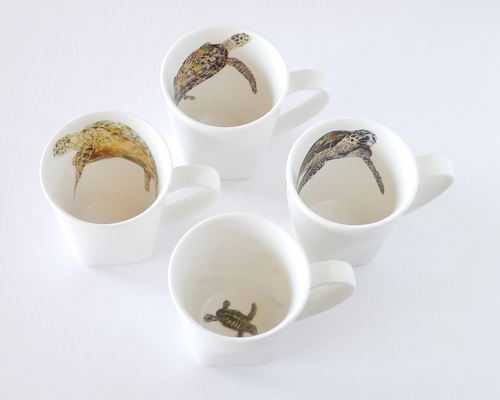 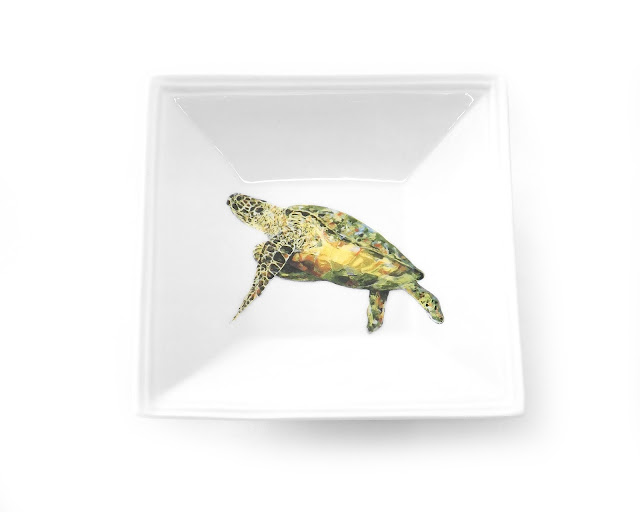 For all of Kim's Dinnerware pieces, (including many sea turtles!)  check here - Dishes with Fishes