Enjoy our guest blogger Judy Thorne's story about her friend Juliette Bench.  I spotted these fun summer nautical flip flops on Judy's Facebook page last week, and could not resist asking her if she'd like to write something up for our coastal readers.
--------
Knot your Typical Flip Flop!

There she was in , exhausted from her flight and still feeling the tug of another wondrous weekend on . She’d had to rush back to the city for yet another overseas business trip, leaving behind the sand and the sea she loved. 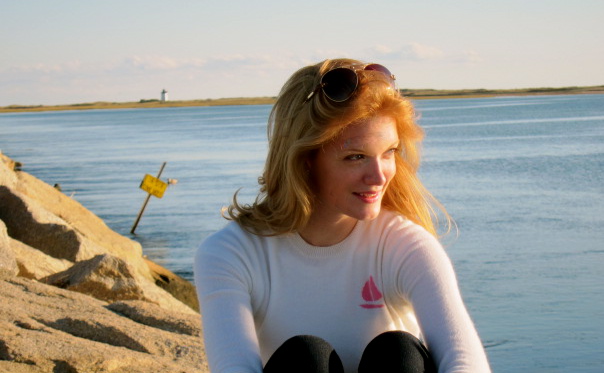 Reaching into her bag, Juliette Bench pulled out a sailor’s knot bracelet, a circle of white cotton knotted rope just like the ones she and her cousins wore as kids summering on the cape. It reminded her of simpler times, vacations, sailing, swimming, the beach and summer. It was then that she was inspired to use the familiar knot design to walk away from her career as a shoe designer and create Cape Cod Shoe Supply Co. 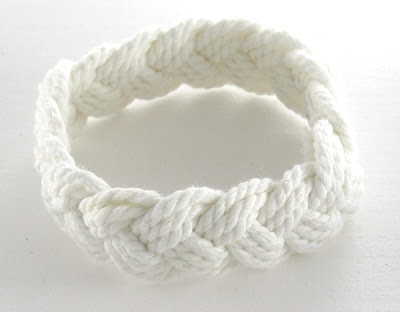 A graduate of , Juliette worked in for more than 10 years designing shoes and accessories for large firms such as Kate Spade and Tommy Hilfiger. “I loved my career, but I felt exhausted,” she says. “I had just started going to regularly again and started to think of the different ways I could make a life there. But I wanted to keep on designing shoes – it’s one of my passions and I think sometimes I was born to do it.” 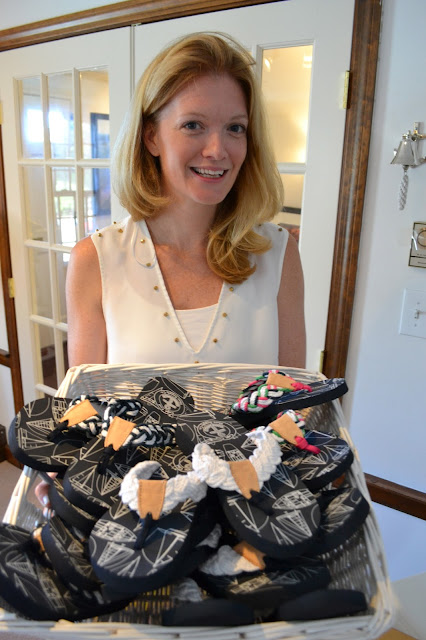 That sailor’s knot bracelet became Juliette’s inspiration for a line of preppy, nautical flip-flop sandals that incorporate the iconic design. It also was her ticket out of and onto . “I knew the only way to move out of , but continue to design shoes, was to start my own company and design something I really believed in.”

With $50,000 in savings and a year’s worth of free rent at her parents’ summer home, Juliette first founded a freelance consultant/design service in early 2011 for part-time income; she landed assignments with Taryn Rose, Sperry Top-Sider, Adrienne Vittadini and other footwear manufacturers. A few months later, she created her shoe company.

As a female entrepreneur, Juliette is part of the fastest-growing group of small-business owners, according to the website www.entrepreneur.com. The 2012 “State of ” from American Express Open, based on Census data, reports that women own nearly a third of all businesses (29 percent), but they bring in only 4 percent of all revenue and provide just 6 percent of all jobs. Still, women own 8.3 million businesses in the and employ 7.7 million persons. And there has been a 54 percent increase in the number of women-owned businesses and an increase of 58 percent in revenue in the past 15 years.

Coaching made the difference for Juliette. Juliette found that her design experience and savings weren’t enough, and she needed a mentor who could advise her and would back her financially. Unlike many entrepreneurs, Juliette was able to turn to her uncle, Richard Harrington, chairman of a venture capital firm, who helped her create a business plan and cash-flow projection. She says he was her sounding board and reality check. Once Juliette had flip-flop samples in hand, he decided to invest in her company. 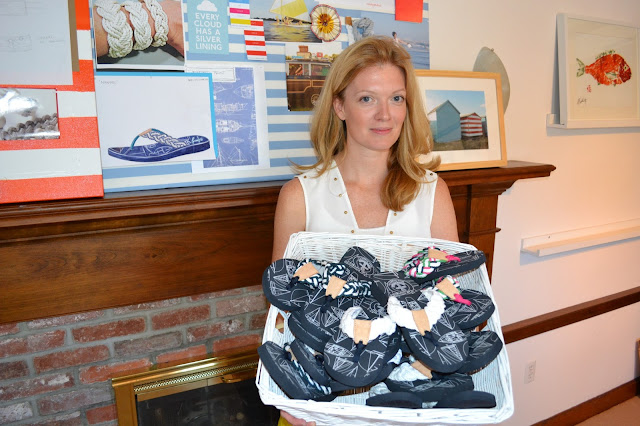 Juliette says, “Getting my flip flops sold in stores and having them sell out in days” is her greatest accomplishment so far. “And seeing someone on the street that I don’t know wearing them is a surreal experience.” 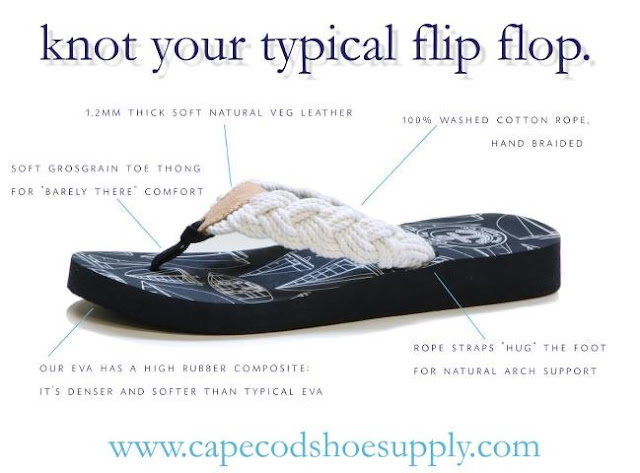 Juliette’s flip flops are available in retail stores or online at www.capecodshoesupply.com. She’s also on Facebook and Pinterest.

I will be buying a pair! Now to just choose the right color.....

Thanks to my friend Judy for the great entrepreneurial story! Being a fellow woman-owned business, I can understand and appreciate Juliette's journey to building a successful business.  Especially since her business, like ours, is built around embracing a lifestyle beside the ocean.

P.S.  You can find Judy's fabulous beach creations on our site! 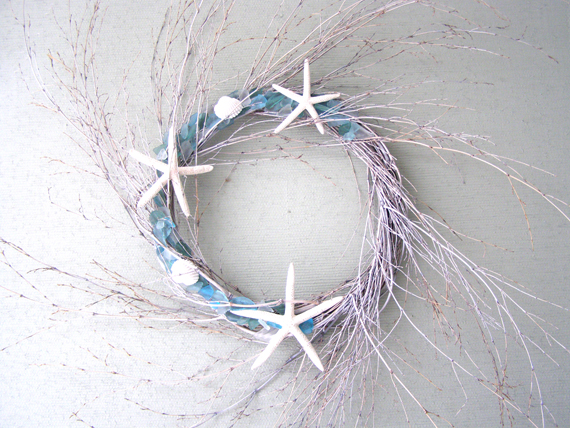 Just bought myself a pair! Hoping I'll be the first on the island I live on, to have a pair! Thanks for the sharing the story on Juliette.

Wow, what an inspiring story. I recently found your blog and am your newest follower!
Warmly,
Laurelle

Thank you for sharing Juliette's inspiring story. Her flip flops encompass everything I love about the Cape. When my husband and I stay at our Cape Cod summer rental, we live in flip flops. I can't wait to get these and have them for our next vacation.