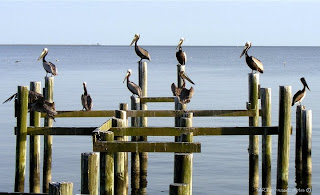 I have never been to this area of our coasts, but have been so fortunate to meet so many wonderful people on Facebook that do live on Dauphin Island, Alabama.  One of them is my passionate friend Joy Harper Hartley Russell - I simply wanted to post her heartbreak about her precious island.  I hate watching the scenes of oil, death of our wildlife and the destruction of our fragile eco-system on the Gulf Coast, but I don't live with it every day like Joy... 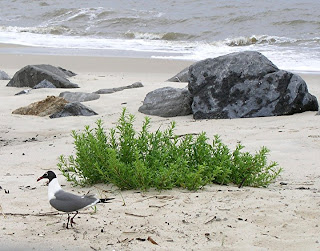 These are Joy's words to me and her photographs...


I am posting this everywhere I can, and hope everybody reads it-- SOMEBODY has GOT to DO SOMETHING !!!!!

Dauphin Island, Alabama- a place of THE most intoxicating beauty anywhere [see my photo albums of this enchanted place]- a paradise for people, birds, and sealife- is in dire danger, just like nearby Grand Isle [see  ...article below] we may be next- this is horrible- I HATE BP-my mama told me not to hate, but in this case I can't help it- they are ruining beaches, the ocean and it's creatures, killing birds and turtles and sealife and people's livelihoods, all because of negligence and carelessness and I HATE BP--just read the following article to see what America's entire gulf coast is facing, and even the eastern seaboard and Florida Keys if the oil gets caught up in the loop current. I HATE BP !!!!!And YES- I am BITTER !!!! 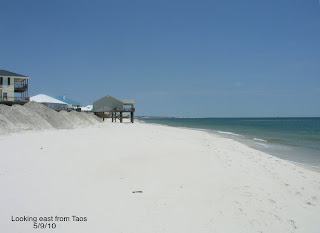 This was the article that Joy sent me last week - since then I know a lot of things have changed, but I wanted to stick with Joy's story. http://www.miamiherald.com/2010/05/21/1642166/an-empty-brown-beach-leaves-a.html?asset_id=1608261&asset_type=gallery#ixzz0og5bf3peSee 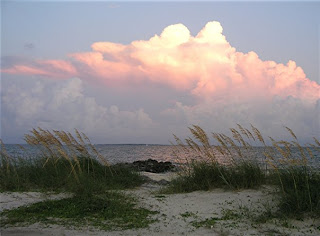 BP OIL SPILL: A DEADLY BROWN BEACH LEAVES A BITTER TRAILGRAND ISLE, La. -- The first wave of oil swept onto the beach. The tourists swept out.The few people who bothered to visit Grand Isle Beach Friday came out of morbid curiosity, to see the proliferating drips and blotches and puddles and pools the color of Coca-Cola.`

`My God, our beach should be crowded, the start of a big weekend,'' said Lynette Anderson, surveying the ruinous mess along the surf line. ``We kept hoping it was going to miss us. Should have known better.'' The gooey, adhesive stuff portended an economic disaster for Grand Isle, the only inhabited island on Louisiana's Gulf Coast. Tourists keep this beach town alive. The tourists had vanished.``All of them canceled on me,'' said Lisa Rhobus, who runs the Cajun Holiday Motel. Every room had been booked for the weekend. But her parking lot was empty Friday afternoon.

Grand Isle, a mile wide, hardly eight miles long, offers a brutal model in miniature of what a giant oil spill brings to a tourism economy built around the beach and the sea. The town, with only 1,500 permanent residents, lives off the 300,000 visitors a year who come to fish and swim and play on the beach and bath in the Gulf of Mexico waters. None of that was evident Friday.``The only paying people I have at Cajun Holiday are workers helping with the clean-up,'' Rhobus said. ``This could just about kill Grand Isle.''

If Florida wants to regard Grand Isle as a laboratory to study the effects on tourism from that dark swill vomiting up from the wreckage of the Deepwater Horizon, early indications look damn near fatal.

Grand Isle's mayor closed the beach Friday afternoon but his order was not much more than an empty gesture. An obvious question hung over a mostly empty strand: Closed to whom?Just across Caminada Pass, a surly Jefferson Parish deputy sheriff guarded the entrance to the beach and wildlife reserve on Elmer's Island, another local tourist favorite, as if keeping the press away would keep the news of the island's defiled sand and poisoned marshes from reaching the mainland. ``You wonder why all the hostility,'' said John Hazlett, a University of New Orleans literature professor, who, like The Miami Herald's reporter and photographer, was turned away like a criminal trespasser.But the mood all along the Louisiana coast was turning bitter this week, a month after the oil rig exploded 50 miles out in the Gulf, as the spill finally reached the coast. The ecological and economic damage was finally transformed from abstract speculation to miserable reality.The tidal pools along the long rock jetty protecting the west end of the island were tinged with orange with dark splotches, like brown lily pads. A scattering of dead hermit crabs offered proof of the water's sudden toxicity.``I waded out there and you could feel the oil coming underneath the surface on your legs,'' said Todd Vegas, who had abandoned plans to spend the weekend fishing off Grand Isle. ``Even if you can't see it on top, it's coming in underwater.''And the stuff reaching the shore Friday was just the beginning of awful news for the island community.

Helicopters flying over the Gulf waters spotted a monstrous mass of oil seven miles off Grand Isle. ``It's coming our way,'' another deputy told me. ``All that oil you're seeing on Grand Isle beach now. That's nothing compared to what's coming.''``This is like something out of a sci-fi movie,'' said Vegas, as he contemplated that giant slow-moving underwater cloud, like an alien invasion hovering in space, that threatens so much ruin along coastal Louisiana.``Did you say you were from Florida?'' Vegas asked. ``Hey man. All this . . . it's coming your way.''

These are all images that Joy has captured - before any oil has hit their island. 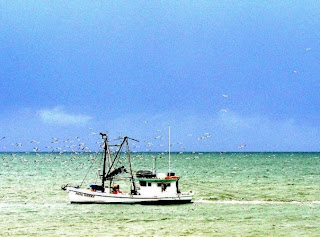 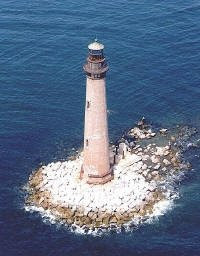 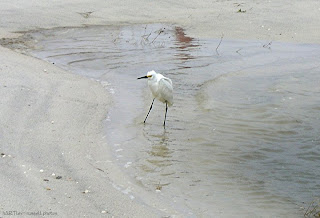 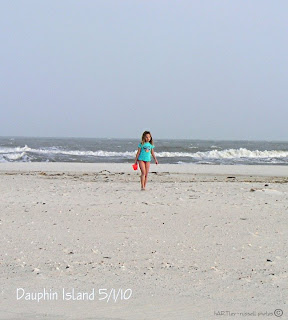 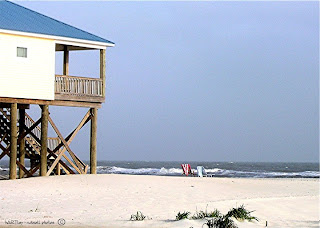 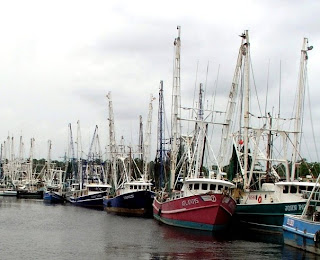 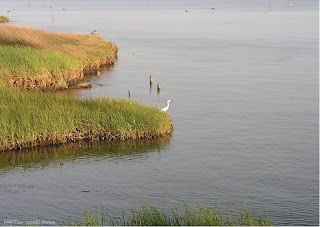 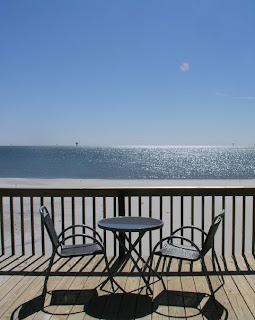 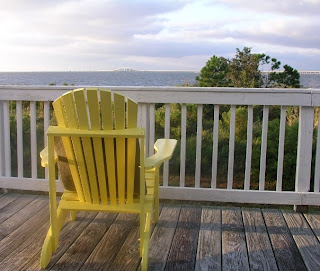 Please keep all of our Gulf Coast friends in your thoughts ...... 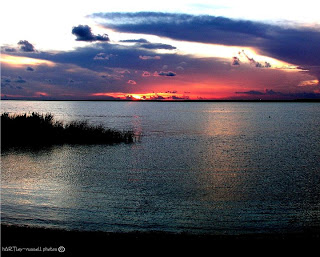 Thanks for posting, I appreciate everything you do for the love of the Coast - where ever that might be. : )

Thinking of you and all those on the Gulf Coast that are profoundly affected by this catastrophe. Ultimately, this will deeply impact all of the world. I am on the Georgia coastline and can only imagine how this tragedy affects those living so close to this nightmare.

My friends went to that island for spring break...they loved it:)
It really is too bad what has happened and will happen because of the spill.
I am thinking of all of you love ocean loving people that live near this disaster.
I can only imagine how horrible this is for you.

How horrible... I can't even fathom the devastation this oil spill has caused. My heart truly goes out to you and everyone else directly affected by this disaster.

The devastation is awful. Try volunteering to help clean the animals or do clean up and you are turned away. BP is still in charge of that.

You need a HAZWOPER or something like that certificate. Florida is already saying they won't need volunteers for the coast.

I am Dutch but Nationalised me) Brit (please don't stone me!! xxxx) and my heart hurts seeing all the mess!! How can they NOT need volunteers to help clean the animals (those, that are still lucky to be alive!). Here (in Britain)...we had the 'Torricanyon tanker disaster' and that was bad enough for fish, fowl, crustaceans and people - trying to do their normal businesses.
Are the Everglades affected with this thing too? Does it affect the alligators and the Manatees?
Your 'Gulf coastline' is so enormous and has had more than its fair share of disasters. New Orleans and surrounding lands... and islands and your Alabama coast. I keep telling my grandchildren about the SIZE of things. They think Britain is 'BIG'.....until I show them how it would fit on a worldwide map.
How far does the oilspill spread along your coast?

One thing, I do not understand at all - is why there is a BP SPILL//BLAME OBAMA? - voting window..... What did the man do to deserve that????
It is BP WHO BALLS IT UP... THE GREADY SHAREHOLDERS WHO WANT THEIR PROFITS AND DON'T CARE WHO GETS KILLED WORKING ON THEIR PLATFORMS, DIVING AND DOING REPAIRS, ALL THEY WANT IS AS LITTLE STAFF AS POSSIBLE AND AS MUCH PROFIT FOR THE SHAREHOLDERS.
IT HAS NOTHING TO DO WITH OBAMA!!! WHAT A SUPID STATEMENT TO MAKE i REALY THINK THIS IS SICK!!

WHY MAKE IT INTO A POLITICAL THING??!!

Go for the OIL BARONS if you want to have a go!. This is what makes me mad!
In the meantime all the little and bigger creatures living in this God-given beautiful Earth are suffering because of GREED!!!
If Americans, and all 'caring people on this earth' are going to blame an elected president for all this....... who never was 'in oils, member of the international oil shit, I am going to think again.... in a little corner... about weird people... and the future of this world.

NOTE: I did not vote for Obama.. as I am British and I also don't know enough about American politics.
But I am certain, HE did not break THE OILWELL,..... THAT! ...WAS ERROR... and NATURE... and BP... so Why blame a man called Obama who happens to be voted president by the American people Obama?.
I think this is a nasty way to deal with a crisis.
BP (and its shareholders) need to pay for this thing (if it was a 'mistake') I feel no sympathy for the shareholders, they had a good enough 'run for their money! up till now!!!
()x ..()x ..()x .. to all of you, and may your Gods be with you! Petra, Lincoln UK

I love those pictures they're pretty especially the one with the boats.

I think this is also the fault of the government that does not regulate these mega companies and just lets them do their thing here in the US! First wall street, now this, partially thanks to the Bush administration, and to greed!